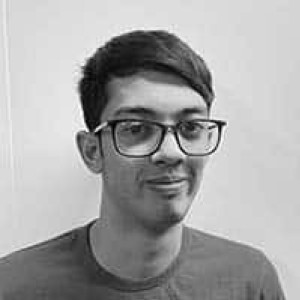 ICANN stands for the International Corporation for Assigned Names and Numbers. You may not know it, but ICANN impacts you and your internet usage greatly. Whether you own a website, use certain websites frequently for work, or just browse the internet for fun – ICANN benefits you. Without it, the internet as we know it would never have been what it is; it might not be anything whatsoever. This article will explain what ICANN is, explain their history, and outline their importance to you as an internet user.

ICANN (Pronounced as ‘Eye-Can’) is an American, non-profit corporation that helps to maintain the security and accessibility of the internet. They were founded in the USA in 1998 and were given multiple responsibilities involving the early internet. Over the past 20 years, these responsibilities have evolved – much like the internet have. One of the main aspects of the internet that ICANN help to coordinate are Internet Protocol (IP) addresses, and the Domain Name System (DNS).

For example, if you’ve ever purchased a domain for your website, you’ll know that the process is fairly straightforward. However, there is a much more complex and intricate operation that goes on behind the scenes to make this possible. That’s where ICANN intervene – and by the end of this article you will have an understanding of ICANN’s role in this process. It is also a good idea to have a rough understanding of ICANN as a whole, in case you ever have to deal with any name disputes, or other domain name issues.

The internet had exploded in popularity by 1997. It had over 100 million users and people realized there needed to be some kind of safety measures put in place. So, ICANN was established by a US government commitment in 1998. This commitment was to transfer the policy and technical management of the DNS to a company. Whilst this company was founded in the US, it has grown to have become a non-profit organization with global authority.

Back then, the entire Domain Name System was managed and distributed by a man named Jon Postel. Jon knew he wouldn’t be able to manage the huge responsibility of the Domain Name System forever – especially with the expediential growth rate of the internet. However, once ICANN was founded, they became a bigger organization that took on more responsibility. This brings us on to what ICANN actually does.

An IP address is a string of letters and numbers that identify every computer using the Internet Protocol. An IP address allows it to communicate and contact over a network. One of ICANN’s biggest obligations is to allocate and distribute modern IP addresses, allowing individual computers to access other computers over the internet. ICANN don’t necessarily manage the IP addresses though. They just serve as an administrator when they are assigned. This is to ensure that no two IP addresses are identical.

A DNS converts a long and convoluted IP address (which is a long string of number and letters), into an easy-to-remember domain name. This helps users locate and relocate websites with ease. The top-level domain (TLD, the part of the domain which comes after your company name, like .com or .org) is managed by an individual company, which own the individual TLD. The company that own each TLD have access to a comprehensive list of every website using that particular TLD.

Another thing ICANN is responsible for is under up-keeping protocol identifiers. A protocol identifier is what indicates the name of the protocol that must be used to locate and grab the resource. This will include the port numbers and the autonomous system numbers. Essentially, this helps to find the corresponding resources required to load websites.

The root is the server that forms the foundation of your DNS registry. It is responsible for fielding all requests to the root zone successfully, as well as sending all other requests to the relevant TLDs. There are thirteen separate root servers in total. This means there are thirteen separate IP addresses where these root servers can be located. There are a plethora of places on the web where you can find these.

Bringing it back to ICANN, they are the ones responsible for coordinating the IP addresses which can be found in these root servers. Every root server must have the primary IP address that correlates to the website that it surrounds.

The goal of ICANN

When ICANN was founded in 1998, a ‘memorandum of understanding’ was written up to to help outline how ICANN would function as a non-profit and as an international organization. These were put in place to govern how ICANN would go about it’s responsibilities, and they are listed below:

Competition: ICANN must manage Domain Name Systems in a way that promotes and encourages a lot of competition between different hosting companies. Essentially, they need to give customers an even choice as to who they buy for.

Bottom-up consensus: In order to cater to the needs and requirements of everyone who uses the internet, ICANN must use a consensus-based process.

Representation: ICANN must be inclusive to all internet users, and make efforts to meet the needs of these individual groups of people.

Whilst this won’t apply to you as the customer, it’s useful to know what types of fees ICANN will charge the domain registrars:

Why ICANN could be useful to you

Now you know what ICANN are, their history, and their importance on the internet, let’s discuss why they could be of use to you as a domain user in the future. For example, they can come in useful if you ever get into a domain name dispute. This occurs in a situation where you may trademark something, and then later find it in someone else’s domain name. To settle this, ICANN will get involved and act as a facilitator to help end the dispute. There are countless examples of these issues that occur on the internet all the time, so it’s invaluable information to know if they can ever help you.

We hope that you now understand the importance of ICANN and their major role on the internet. Whilst you won’t come across them in your everyday internet browsing, they have an everlasting presence on the internet and are one of the reasons it is accessed by so many.

Your email is safe with us, we don't spam.

Will joined the Elite team in 2021. He has a background in content writing as well as a keen interest in media journalism. His interests include taijutsu and a immense passion for film and television. He aims to inform as many people as he possibly can about the vast and often confusing nature of web design!

New to ELITEWEB.Co? Create an account to get started today.

New to ELITEWEB.Co? Create an account to get started today.